Members of the brigades receive special training for various unconventional warfare missions. These seven units are part of ROK Special Forces, founded in 1958 and fall under the jurisdiction of the Republic of Korea Army Special Warfare Command, which was created in 1969.

This pin is struck in an antique finish and measures 2-inch x 1.25-inch. 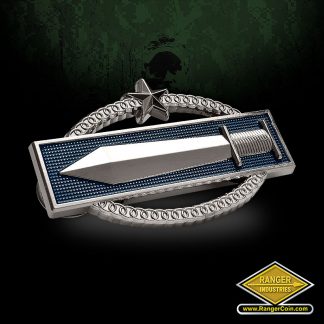