The Homestead Air Reserve Base coin is bold and colorful, featuring the 482nd Fighter Wing insignia finished in rich enamels. The reverse is the United States Air Force emblem proudly displayed in blue and white. 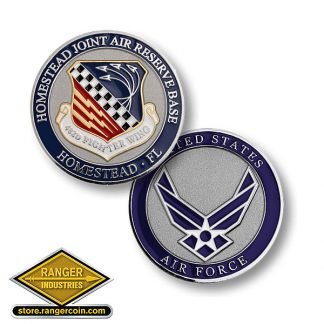