The legend of the “First Team” began in 1945 in the Philippines when the 1st Cavalry Division re-took Manila and General McArthur named them “The First Team.” They led the Allied Occupational Army into Tokyo—the “First Team.” They were the “First” to enter Pyongyang, North Korea, the “First” fully committed United States division in the Vietnam War. Action there earned them the only Presidential Unit Citation to be awarded to an Army division during the entire war. Next, 1st Cavalry was the “First” into Cambodia. The Division’s “firsts” go on and on: the “first” to field the M-88 Hercules recovery vehicle, the AH-64 Apache helicopter, the M2 Bradley fighting vehicle, and the HMMWV(hum-vee). Preparing for the invasion of Iraq, “The First Team” conducted a war of deception along the Saudi border that set up Desert Storm’s lightning military victory. Yet again, 1st Cavalry Division was the “first” U.S.-based division to deploy to Bosnia. Today’s “First Team” troops carry on the tradition of excellence that has been the division’s hallmark from its beginnings. 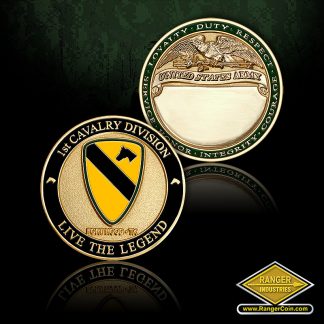